The economy rebounded from the drop in GDP in March to grow 1.7% in the last quarter.

CTU Economist Craig Renney said, “While this data demonstrates the strength of the current economy, the trend of weakening growth is present. The risk of recession of these data is removed, but the average annual growth fell from 4.9% to 1% in just 3 months”.

Renney said that “since the start of COVID, the economy has grown by almost 5% in real terms. Exports of goods and services increased by 11.3% last year and annual GDP per capita continued to rise. Combined with the low unemployment rate, this is a positive sign of the continued resilience of the New Zealand economy.”

“However, growth was quite frothy, driven by strong growth in travel and tourism, accommodation and hospitality. Manufacturing and construction both fell, as did agriculture. is necessary to ensure that all sectors of the economy are growing so that we can build a balanced recovery from the effects of COVID”.

“Ensuring that the benefits of this growth spread to all Kiwi households and sectors will be key to lasting prosperity. The coming quarters of growth will show whether the international factors that are currently slowing global growth will continue to affect New Zealand “. 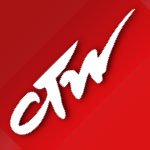 The New Zealand Council of Trade Unions Te Kauae Kaimahi unites over 350,000 New Zealand trade union members in 40 affiliated unions. We are the united voice of workers and their families in New Zealand.

At this point in 2022, the Christchurch appeal looks like a somewhat desperate effort to keep alive some of the political goodwill that Prime Minister Jacinda Ardern has earned through her response to the mosque shootings. According to reports, the next Christchurch Call project will be a joint research effort with Twitter and Microsoft to identify algorithmic triggers for online radicalization, to better understand how some recruits ultimately feel motivated to commit violence in accordance with their new beliefs. . Undoubtedly, this research effort is well intentioned. No wonder, however, that Twitter and Microsoft, Google and Facebook are interested in the commercial spinoffs…
More>>

The Five Days Of Diwali, The Festival Of Lights Kids News Article