Your @Youtube the stream is uniquely yours. We want it to stay that way. #FixC11

Google launched an online campaign against Bill C-11 with the slogan “Keep YouTube yours.” The campaign was launched on Wednesday, a day after the company’s president of global affairs, Kent Walker, was in Ottawa to lobby government officials. In a blog postYouTube product manager Neil Mohan writes “what is deeply concerning is that the current version of the bill has the potential to disadvantage Canadian creators who build their businesses on our platform and change the personalized experience of millions of Canadians who visit YouTube every day .” Mohan says that in its current form, Bill C-11 would force YouTube to manipulate its algorithm based on CRTC priorities, rather than the interests of Canadian users. Google argues this will put Canadian creators at a disadvantage because when users are recommended content that isn’t personally relevant, they react by muting themselves, skipping the video, or even giving it a “thumbs down.” The Nieman Foundation accepted apps for the Class of 2024. Approximately 24 journalists from around the world will be selected to participate in the 2023-24 academic year at Harvard. Applicants may also be considered for the Nieman-Berkman Klein Journalism Innovation Fellowship or the Nieman Martin Wise Goodman Canadian Scholarship. The application deadline is December 1. 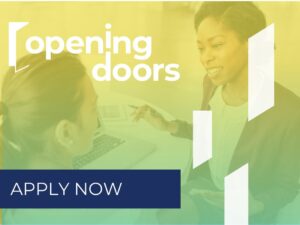 Women in Communications and Technology (WCT) launched Opening doors, a program to help women advocate for political and systemic change in the Canadian digital workplace. With partner, Women and gender equality (WAGE), Opening Doors will enable women to engage with decision makers from Canada’s largest companies to re-examine company policies and establish best practices for increasing women’s contributions and employment in ICT industries . Opening Doors will focus on underrepresented communities, aiming to attract people who identify as women between the ages of 25 and 35, and 50% of its delegates from equity-deserving groups. Apps will close on October 24.